Who the hell are these rude people?

Here's something dangerous and frightening - Tap below for movies...

"The William Shatner School of Acting"

Wes Johnson created Fresh Victims along with Stacie Ficerai way back in the day. During the night he rested. The next morning he overslept. Wes was recently seen as FFF in John Waters' "A Dirty Shame" and was the teamster Boss in Chris Rock's "Head of State." He is a writer and cartoonist.

Stacie Ficerai founded Fresh Victims with Wes Johnson, and they co-wrote the funny and frightening "Dry Cleaner" sketch together. Her Marilyn and Chi-Chi characters still haunt.

Stacie currently resides in Baltimore with her husband Rich and their lovely daughter Chloe.

Dom Lonardo was described by the Washington Post as "wiry and intense." As his peers lost their focus Dom remained intense, and as they gained waistlines, Dom remained wiry.

Dom continues to knock em dead every night with his murder mystery company "Murder Upon Request."

Johanna Rodriguez brought a unique mix of class and street savy to every character she portrayed in Fresh Victims. She is now a published author in Massachusetts.

Johanna lives happily ever after with her husband Jim, their two daughters and a little white dog in a very cool 1820's farmhouse.

Thanks to our original sound man, Kenny Rogers, and to the man who replaced him (then sang the legendary "Oofah" song while wearing the bathrobe of Christ), Al Ficerai.

Props to John Dryden who helped us to fly the audio skies, to James L. Jones, Steffan Gilbert, Sean Anderson, and Eric Sorenson, who provided extra material for FV, and to Dave Nuttycombe and Tom Welsh for inspiration and brainstorming. And a very special thanks to Susan Baronoff, without whose direction and passion we would have been lost.

Eddie Sutton - Eddie brought an equal mixture of innocence and evil to all of his roles, and was labeled "cherubic" by the Washington Post. No one ever let him forget it, either!

Eddie is a mad website designer bent on taking over the world. Thankfully his wife Terri and son Casey watch him closely.

Paul Micsan joins the cast on both the stairs, and the stage of d.c. space. Those who joined the cast after its open include:

Paul Micsan joined the cast midway through the first run, replacing Eddie Sutton after he became a new father.

Paul remained with Fresh Victims until the end, longer than any Victim other than Wes or Stacie. He is currently on the West Coast.
Ron Heneghan replaced Dom Lonardo when Dom left to create Murder Upon Request.

Ron's deft comic chops were honed as a member of Maryland's Erasable, Inc.

Dave Drabik replaced Ron in the show, yet brought his own inimitable style to the Victims.

Besides excelling at stand-up comedy, Dave has worked on some of your favorite TV shows as a writer. He is a savagely funny man with one hell of a head of hair.

Shari Elliker is one of the funniest women on the face of the earth. Shari has traveled through shadow of the valley of professional radio. And yea, though she has feared all evil, she hasn't let it affect her hair.

Jim Nieb is too damned funny. He just can't stop making people laugh. When he does his act at children's hospitals, which he does, they are wracked with painful hysteria.

Jim is on a quest to perform his one man show "The 5 Niebinskis" everywhere on the planet. He is currently training with The Groundlings and was in "Ted's 12," and HBO's "The Wire."

Suzy Nece - Suzy kicks ass as a stand-up comic, and her column "Suzy's Tips" appears at NationalLampoon.com. She wrote and produced the films "Women With Beards" and "Cartoon Heroine."

Suzy has performed her shows "Grit, Tit & Wit" and "Stalls: Life in the Toilet" from NY to SF.

Alex Dunbar - Alex is the youngest and best looking male in the group. Sadly, he seems to be talented as well. Alex is a finalist for NYC's Andy Kaufman Award.

Alex is currently training with the Groundlings, and no matter how many times Wes takes him to Pinks, Alex stays skinny. Damn him!

Alex Cain - Alex is currently starring in one of the funniest Kung Fu movies around, "All Babes Want to Kill Me." That's right. We said Kung Fu. So laugh or we won't be responsible for what she does next.

Alex can also be seen in "Dean Quixote" and "Milk and Cookies..."

Every week, a special guest would join Fresh Victims on stage. It was our favorite part of the show. The audience laughed while we sat on our asses. So a special thank you to our many guests, including:

Andy Rooney in "Do the White Thing." 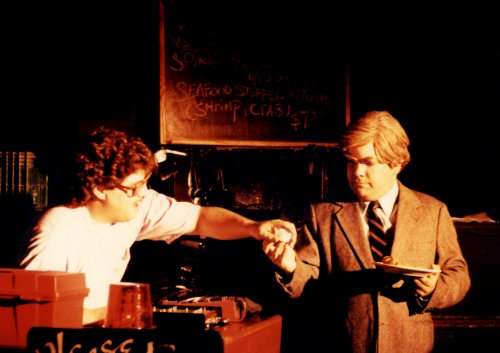 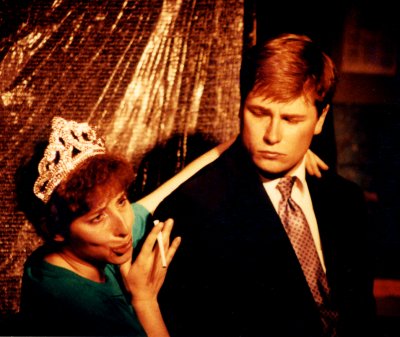 The courier is crazy and the elevator is small in "Strangers in the Heights." 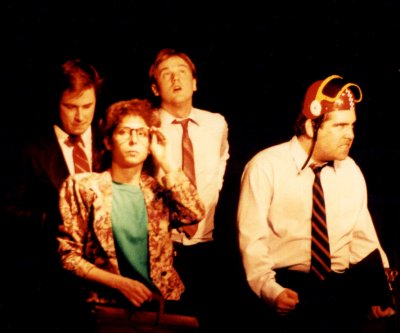 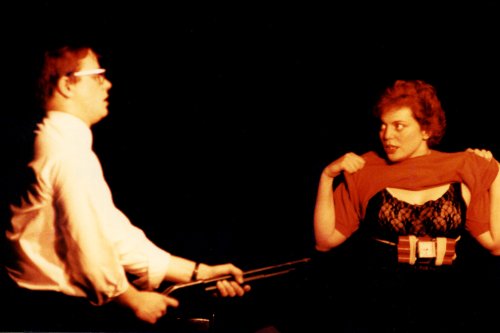 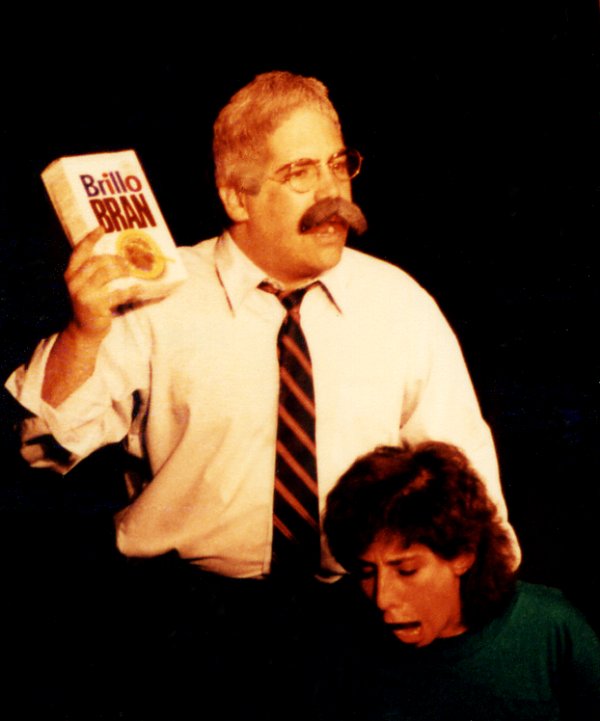 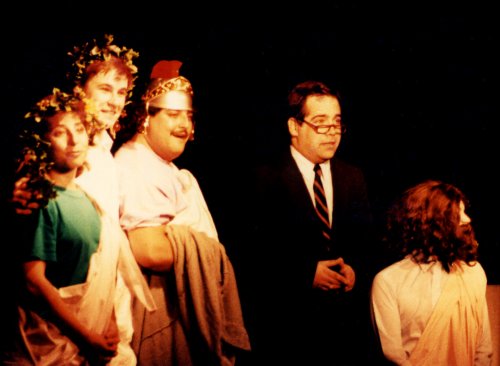 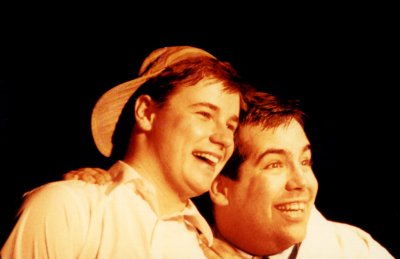 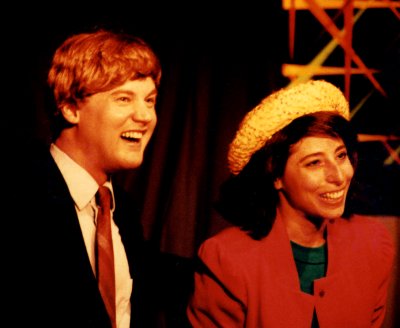